Is your company ready to deploy IoT?

Get ready before investing in Internet of Things technology

On my wall hangs an infographic depicting close to 200 IoT companies carefully organized into more than 10 vertical markets. A quick sampling of these companies reveals the following:

This cycle should start settling down for the manufacturing industry as a whole by roughly 2018. Grossly inefficient and ineffective solutions will have died (unfortunately, a very slow death in some cases), data acquisition and analysis tools will have been largely standardized around a small set of clear victors and rational industry-specific KPIs will have emerged that truly improve the quality of management as opposed to generating barely-understood, poorly populated dashboards and reams of reports buried somewhere on the CEO’s desk.

What to do in order to avoid being swallowed up in this cyclone of talking refrigerators, ever-watching thermostats, intelligent process control networks, ever-listening video walls and behavior-predicting automobiles? A few suggestions:

1. Be wary of IoT technology vendors who promise information delivery far beyond what can be well understood, managed and mirrored in manual processes.

The benefit to be extracted from the data being provided by IoT devices is the reason to invest and the benefit is not inherently directly proportional to the quantity of the data being provided. I was recently engaged in a multi-C-level discussion with a financial firm that was studying relative levels of profitability across their lines of business. One of these lines of business intuitively had been providing the lion’s share of profit for over three years. During the analysis exercises, the CFO performed some relatively simple cycle time/individual transaction profit analysis across several sub-product lines that had been taken for granted and discovered that the time-line based profit potential of one of these individual sub-products represented returns more than 20 times that of the most intuitively productive profit center.

Whether the data is to be used to find and eliminate process and control bottle-necks, reduce defects, reduce downtime, extend equipment life or optimize phased maintenance cycles, FOCUSING on RELEVANT data is the order of the day.

2. Assess your organizational technology readiness before plunging in.

A while back I was brought into an engagement with a manufacturing environment who was at the end of their life cycle with an ERP system that had outlived its usefulness five times.

The servers behind the applications were over 10 years old, the development platform of the applications had become so antiquated I was literally the only person they had found who understood how to restore the printing queue after the printer had become jammed, the server hardware had already been upgraded to maximum capacity but was still running at a snail’s pace. The situation was so bad that the back-up routine that was running nightly was erroring out without completing but no one even noticed because no one was paying attention to the error messages on the operator console.

The company wanted to build a two-way, real time mobile interface for their remote sales force and field service reps so they could check inventory levels of finished goods and repair components. My popularity with the company diminished rapidly when I explained I would LOVE to take their money and build a fantastic iOS-based app that would give them 110% of the functionality they expected … but that if I did so, I would not be able to sleep at night. IoT does not work well if your back-end systems are not ready to support the data collection volume, the data transfer rates, the interfaces, the dashboards, report generators and secure information dissemination cycles you will depend on for success.

Before investing heavily in a network of real-time data collection devices, whether they be remote or local, make sure your infrastructure is ready for the load. … and by the way, just because your operations team popped up a VM in Azure to take on the data collection, this issue and concern does not go away. Modern does not inherently correlate to capable.

3. Insist on a living proof of concept before investing.

IoT has ushered in a level of irrational vendor behavior and blatant, conscienceless over commitment I haven’t seen since the early days of relational database technologies.

I attended a vendor presentation about a year ago in which the vendor stood before a room of very savvy IT professionals and explained how the data being collected by their devices and digested by their reporting tools was “secure”. A simple question came from the audience – “When we are using your network, where is our data being stored?” to which the vendor’s CTO ventured into a long diatribe on the irrelevance of that question in the modern “cloud-based world” and lost any and all sales momentum that had been built up in the live product demonstrations within 10 minutes. It was one of the most out-of-touch technical responses I have seen in years and it was obvious the vendor had been giving these responses across the nation for months. On a side note: this product is struggling.

Ask the hard questions, insist on local demonstrations of the technologies, ask for a 45 day trial period of the network to let you see real results before making the large commitment, investigate other customers’ implementations thoroughly – even visit their sites and talk with the USERS, not just the Information Technology director who wants another set of Chicago Bulls tickets to give a good report – and compare the actual product performance in your environment with what was being promised.

Be sure you are understanding WELL the skill sets you will need to succeed with the tools you select.

4. Select your data analysis tools carefully and understand the skills sets your company will need to be successful with these tools.

After many years of working with large data sets collected from automated environments as well as manual data acquisition, I have developed a wisdom about demonstrating too much too quickly when it comes to displaying data analytics results. Data is not always simple and extracting meaningful correlations from consumer behavior, equipment performance, employee behaviors, etc. can be a fairly complex project. Database normalization adjustments are often necessary to reflect complex relationships, accurate segmentation and the level of granularity management “thinks” they want to see.

The relative value of predictive modeling and explanatory modeling often need to be explained far beyond a casual conversation and user-driven data interrogation modeling may go through six or seven revision cycles before producing the results senior management is comfortable using as the basis for project funding in the upcoming fiscal year.

Some tools come with “out of the box” modeling that can be relatively easily fit to a large percentage of business problems by a savvy manager who understands regression analysis, multi-dimensional scaling and factor analysis. Other tools provide little more than a toolbox of very sophisticated primitives that will require the expertise of a developer to combine the right components in the right sequence to produce repeatable results that meet the management team’s needs. Be sure you are understanding WELL the skill sets you will need to succeed with the tools you select.

5. Make sure your contract allows for autonomy should the IoT vendor go through a major transition.

A CIO of a steel manufacturing firm related to me a while back that he was very proud of an accomplishment the past year – he had finally eliminated all contracts with a firm that had been raking them over the coals for the past three or four years due to a contact with an intensely predatory element to it.

I saw that same CIO about a year later and he was no longer celebrating – the firm that he had broken ties with the previous year had acquired a process controls company that they were completely dependent on for their line management and the cycle had begun all over again.

As I mentioned earlier, IoT companies are going to live in a flurry of M&A activity for at least the next 4 years. Protect your company by orchestrating and executing contracts that allow support and maintenance alternatives given vendor failure, management upheaval or acquisition. 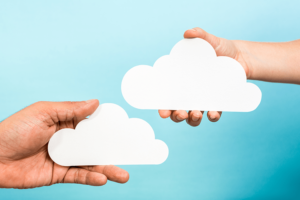 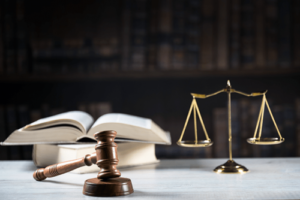 Legal Documents in the Cloud. Whose responsibility is it anyway? 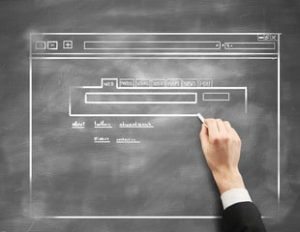 Beyond the fog lies security in the cloud